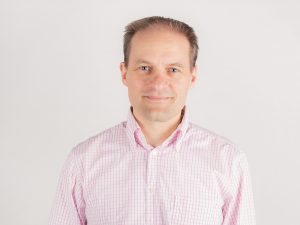 In addition to being a certified engineer, Andreas Kühl is an avid blogger on the topic of energy efficiency and renewables.After an apprenticeship as electrical mechanic and studying building physics at the Stuttgart University of Applied Sciences, he spent 12 years working as a planner and consultant for controlled housing ventilation systems. Meanwhile, parallel to his work, he launched the information portal energynet.de – which has since developed into a successful blog and has become his main occupation. The Blog focuses on energy-saving buildings, renewables and energy efficiency. He believes the topic of efficiency extends all the way from products for households, trade and industry to their application in buildings, households and businesses. According to him, in order to make the opportunities and potential benefits more apparent, we must raise public awareness around this curcial issue. 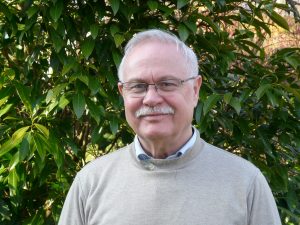 Hans-Joachim Sames studied Civil Engineering at the State Engineering School in Giessen from 1968 to 1971. He is a founding member of Engineers Without Borders e. V. and a member of its management committee. The non-profit charity has devoted itself to implementing engineering projects, providing knowledge transfer services to other aid organisations and cooperating on specific development aid projects.

He has also been a member of THW (the Federal Agency for Technical Relief in Germany) since 1971, where he embarked on several foreign assignments in, for example, Russia, Iran, Togo and Ethiopia. He has more than 42 years of experience in water supply, sewerage and sanitation, as well as more than 19 years’ worth of experience in the implementation and control of water treatment plants. 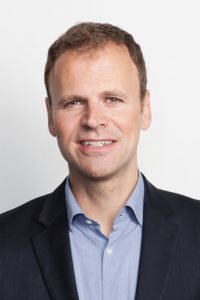 Since 2013 Prof. Dr. Jens Strüker holds the position of Süwag Foundation Professor for Energy Management at the University of Fresenius and is the managing director of the Institute for Energy Economics (INEWI).

After graduating as an economist and completing his MA in “Modern and Contemporary History”, he went on to attain his doctorate from the University of Freiburg. In 2012, was awarded a teaching license for business information technology and economics. At the University of Freiburg he holds lectures on energy informatics. Parallel to his teaching and research activities, he is a member of the BDI Working Group „Internet der Energie“ as well as Head of the “New Business Models” branch of ​​the EU project iUrban (FP7 Smart City Programm).

Based in Frankfurt, the INEWI conducts research for ​​data-intensive business models as well as advising start-ups and established market players. His research interest spans areas such as data-based business models, intelligent power networks, home automation and information exchange infrastructures as well as BigData and data protection. 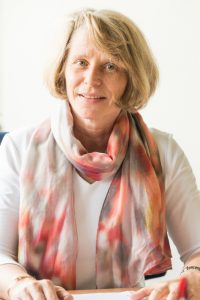 Prof. Dr. Christine Volkmann studied business administration at the Justus Liebig University in Giessen where she later worked until 1989 as a scientific employee before starting her doctorate in 1989. For the next ten years she occupied various management positions at Deutsche Bank. In 1999 she was appointed to the University of Applied Sciences of Westphalia for Entrepreneurship and Management. In 2005, she was awarded the UNSECO Chair for Entrepreneurship and Intercultural Management and was a guest professor at ASE Bucharest for corporate management and entrepreneurship.

Since 2008, she is head of the Chair for Business Start-Up and Economic Development at the Schumpeter School of Business at the Bergische Universität Wuppertal. In 2010, she was awarded the UNESCO Chair which was extended for another four years in 2014. Her research interests are currently in the areas of Social and Cultural Entrepreneurship as well as Academic and International Entrepreneurship.