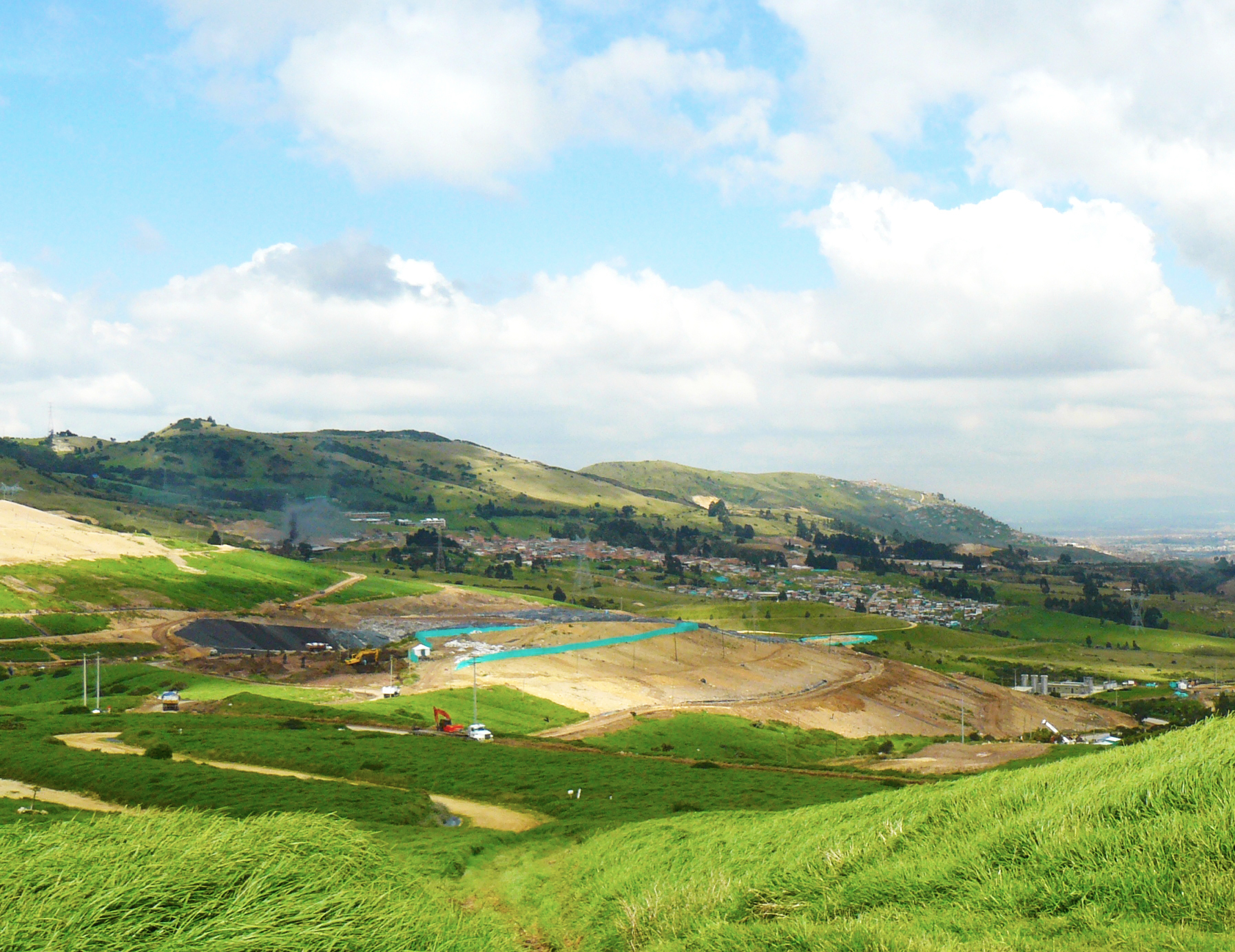 Frankfurt am Main, 13/03/2017 | With the help of crowdinvesting platform bettervest, German citizens have revived dormant emissions-reduction projects in Colombia. Inactive climate-friendly landfill gas projects, built under the auspices of the Clean Development Mechanism (UNFCCC), can be put into operation again thanks to the participation of 195 German citizens. As a result, a total of approximately 146,214 tonnes of CO2 equivalent will be prevented from entering into the atmosphere annually.

Every 2 hours, humans collectively discard a container ship worth of trash. This waste is often discarded in landfills where it remains for decades, even centuries. Aside from harming local ecosystems, landfills produce large amounts of methane (CH4), as the low levels of oxygen, warmth and humidity stimulate a natural fermentation process. If left untreated, this potent greenhouse gas enters the atmosphere, causing around 25 times as much climate damage as carbon dioxide. According to the Energy Defense Fund (EDF) a quarter of anthropogenic climate change can be traced back to methane emissions.

In developing countries where waste management infrastructure is lacking or poorly funded, this is especially problematic. Under the Clean Development Mechanism (CDM), launched by the UNFCCC, developed countries can meet their emissions-limitation targets by supporting emissions-reduction projects in developing regions. Five years ago, two landfill-gas projects, which prevent methane from escaping into the earth’s atmosphere, were initiated for this very purpose in Cartegna and Pirgua-Tunja, Colombia. In the scope of these projects, the gas produced on landfills was to be collected and burnt. This causes the methane to oxidise whereby its emission into the atmosphere is avoided. At a later date, it was planned to use this landfill gas to generate electricity.

However, after the market for carbon credits – Certified Emissions Reductions (CERs) – crashed in 2012, the projects were put on hold indefinitely. In order to revive the plants, a renowned European buyer bought the carbon credits for these projects. Last year, Carbon BW SAS successfully secured contracts to restore and operate the plants. However, in order to become fully operational an additional 110,300€ was needed.

With the help of bettervest, a German crowd-investing platform for energy efficiency and emissions reductions projects, the remaining capital was sourced.  In only 18 short hours, 195 German citizens came together to successfully finance the revival of the projects. In roughly a month’s time, when CarbonBW has received the funds and all paperwork has been finalised, the restauration works are set to begin. Once fully in service, these projects will help avoid an astounding 146,214 tons of CO2e from being emitted per year. This is roughly equivalent to the annual emissions of 77,362 Columbians (The Global Economy, 2013).

Even though the market for carbon credits did not take off as expected, the CDM laid the crucial groundwork for emissions reduction projects, that would otherwise not have been realised. While currently 12 other Colombian landfill gas projects enabled by the CDM are still in disuse, the efforts are not lost.

Upon completion, the two pilot projects funded via bettervest, will provide impetus to initiate further revivals of dormant plants in Colombia. This method of financing CDM projects can be scaled up to relaunch the many other sustainable projects initiated in the past, thus fulfilling the ultimate aim of the CDM: to help low-income countries reduce their emissions.

Despite advancements in technology, many emissions reduction projects are unable to be realised due a lack of financing options for projects sized between 50.000 € – 1.000.000 €. While traditional banks or large investors deem such projects to be too small or too risky, sustainably oriented citizens don’t shy away from the opportunity to spur on the energy transition, as evidenced by the fact that to this date the bettervest-crowd has helped clean technology projects in Tanzania, Ethiopia, Kenya, Ghana, Senegal, Benin and Mali. Crowd-investing has thus proved to be a great tool to tap into huge energy and resource saving potential, especially in developing regions. Once it enters into the mainstream, clean technology crowd-investing is set to make a significant dent in global greenhouse gas emissions.